The History of Air Conditioning

Getting to Know Your Air Conditioner

The History of Air Conditioning

Having grown up in the south, I am dependent on my air conditioner most of the year. In fact, now that I live in Houston, I use my air conditioner from March through November. Now that it is August, I cannot imagine trying to live in such a hot humid environment without my air conditioner, so now is probably a good time to learn a little about the history of such an important part of my day.

First, the term air conditioner did not begin as meaning to cool air so we could be comfortable in our homes. The first use of the term was in 1906 by Stuart Cramer. Cramer created a device that added moisture to the air in textile mills. This added humidity did not make working in these factories more comfortable, but it did “condition” the air such that yarn was easier to spin and less likely to break. 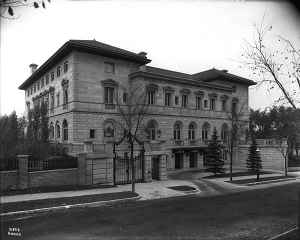 1914 saw Charles Gates of Minneapolis as the first man to own a home with an air conditioner.

This unit was 7 feet high, 6 feet wide, and 20 feet long. Needless to say, Gates’ home was a mansion.

However, history does not record whether or not the unit was ever used. No one ever lived in the Gates mansion as he died before it was completed.

His wife sold the mansion to a local doctor, but the doctor preferred to live in St. Paul. In the end, there was no one else who could afford the $60,000 it cost to maintain the home, so it was demolished in 1933. 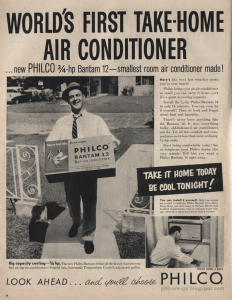 In 1931 Schultz and Sherman invented the well-known window air conditioner that could cool a single room. The irony of this invention is that they were so expensive that only those least likely to work up a sweat, the wealthy, could afford them.

In 1947 British scholar S. F. Markham declared the air conditioner “the greatest contribution to civilization in this century.”

In fact, without the air conditioner, many of our leading cities like Houston, Phoenix, and Miami would not be the city centers they are today.

Who would want to live in such hot environments without being able to go in and cool off every once in a while?

Finally, in the 1970s window units lost their “cool factor” as central air took over. Today, thanks to my air conditioner, my home is consistently comfortable in every room.

Usually, I take this for granted. Thanks to proper maintenance and a regular inspection, I rarely give my cool comfort a second thought.

Kingwood, TX, AC Repair & the Most Common Components That Fail 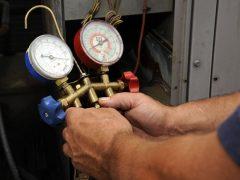 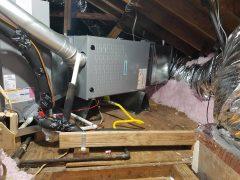 How to Replace Your HVAC System