Before Turning On Your Heater:

The History of Heat

Unlike cool air produced by air conditioners, warmth is essential to human survival. For this reason, man originally gathered near the equator and areas that were warm most of the year. However, man is a curious creature and moved outward both north and south to areas that simply were not warm enough for survival without some form of heat.

To begin with, this was simply fire. It is thought that man learned to control fire for cooking and heating nearly 2 million years ago; however, evidence of controlled fire only dates back 100,000 years. These include central fires in enclosed spaces with holes in the roof allowing smoke to escape. 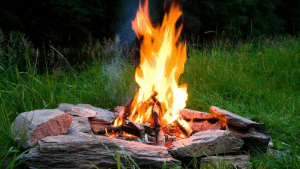 The first example of radiant heat comes from the Greeks in Rome in 2500 BC. In the excavated Temple of Ephesus, archaeologists discovered flues in the ground that circulated heat produced by a fire. There is also evidence that the Roman Empire used central heating systems, as some buildings, baths, and upper-class homes had hypocaust furnaces that heated empty spaces under floors that connected to pipes in the walls—the first form of radiant heating.

Warm air to heat rooms began with stoves like the Franklin stove in 1741. These stove were raised to increase the airflow and thus heat more air.

Today’s furnaces may use one of several past heating elements as well as modern developments. Thanks to Thomas Edison, many heaters use heated coils, while others create heat by burning gas. Either way, most home heaters now also include a thermostat, electric fan, and ductwork that moves the heated air throughout the home.

Today’s home heating systems are based on ideas and designs that date back to the planet’s most ancient civilizations. Thanks to forward thinkers throughout history, safe, effective heat is only as far away as the thermostat or a smartphone. 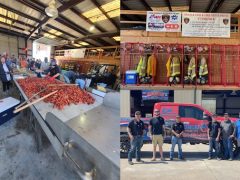 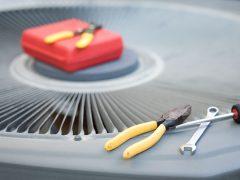 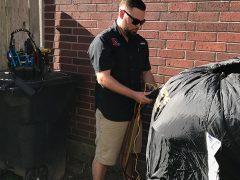